Why Bother To Keep Learning? 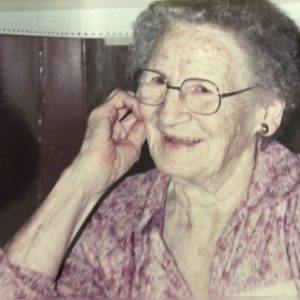 Why Bother To Keep Learning?

In my teen years, my grandmother was my sounding board, my confidant, the one person in whom I confided. In nice weather, we sat side by side on her front porch swing, other times across from each other at her kitchen table. The constant variable with my grandmother was that she listened — as though my words had special value and meaning to her.

Though she wasn’t one to offer advice very often, when she did, I listened. She once told me, “Terese, you are never too old to learn,” and at the time, she was already old, and I wondered what she was still learning.

Grandma often told me stories of how she’d grown up on a farm. The oldest of sixteen kids, her mother taught her how to plan and prepare meals, dress chickens and ready a body for burial. She’d lost two sisters as infants—one from smallpox and one from jaundice.

With three brothers and ten sisters, grandma told me she had to learn how to get along with so many different personalities—some who loved practical jokes and others who were as serious as an old preacher.

Grandma’s formal education ended when she graduated from the eighth grade. Then she went off to work. She began as a clerk in a store, but was later hired by a banker to cook meals for his family. Over the next four years, she told me it was easy to see how her earnings helped to support her parents and siblings.

Later, when she married and no longer went off to work, she invested herself in her own home. She learned how to manage her time and money, love her husband and raise responsible children. As a mother, she taught her own children how practical it was to get along with just about anybody.

She never put much stock in any physician or medications. Instead, she understood how to maintain her health by eating natural foods, exercise and getting a good night’s rest. And when she became a widow, she taught herself how to make those financial decisions she’d always relied on her husband to make, and learned how to comprehend a business contract before she signed her name on the dotted line.

Grandma’s education included both formal and practical and maybe the reason she told me that you are never too old to learn was so that I would understand that the minute you think you know it all—then you’ve just given up on learning.