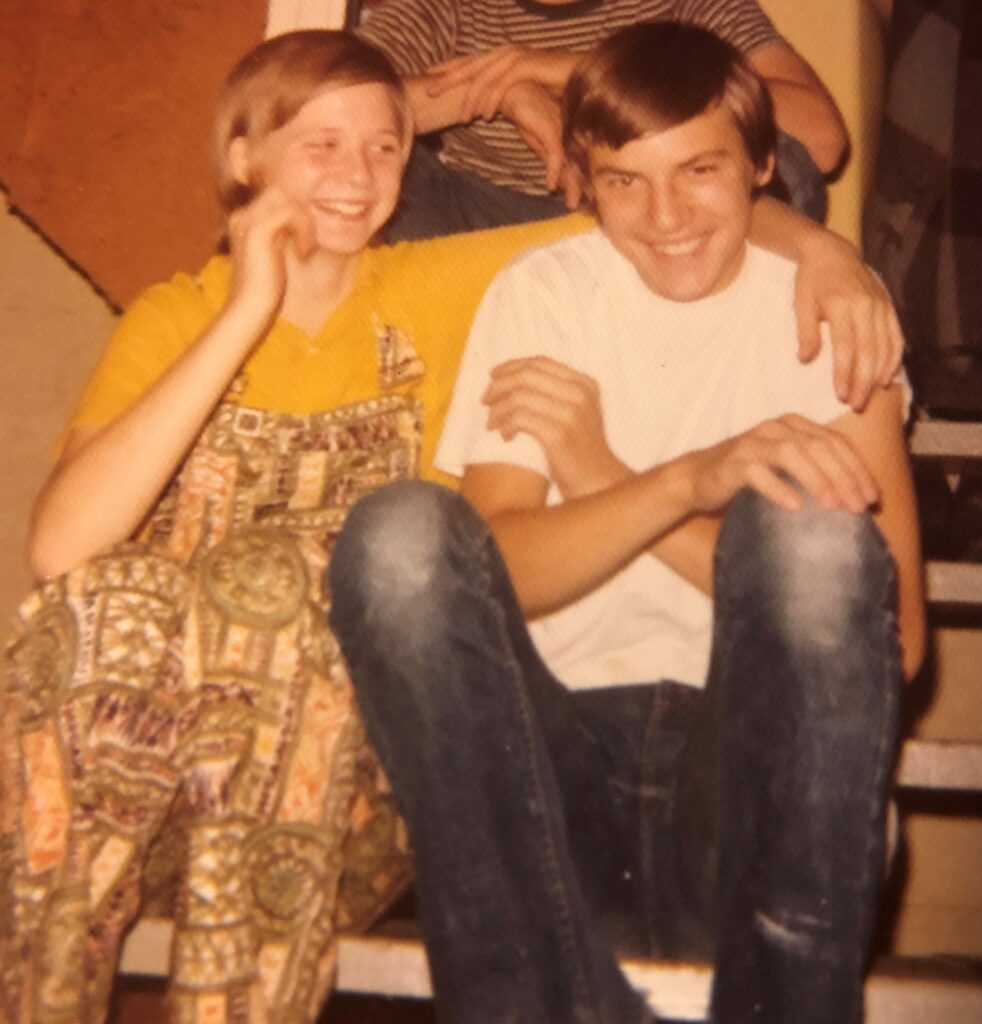 Why Bother Being Grateful For Brothers? 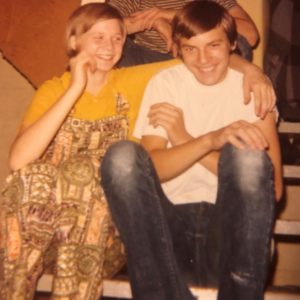 Why Bother Being Grateful for Brothers?

I have three sisters, and three brothers for whom I am grateful for, but I identify best with the brother who is only eighteen months older than I. Growing up, I was too young to see the value of Dippity Dew, rollers in my hair, or makeup, as did my older sisters. Instead, I benefited  more from my brother’s world.

Bruce and his friends congregated in our backyard on summer evenings and picked teams for kickball, and soft ball. Too young and shy at first to play the games, I’d watch my brother’s gang while sitting on the edge of our sandbox. The boys played seriously with lots of yelling and at times, hand to hand combat to settle conflicts. Compared to my sisters, they were a brazen bunch.

When we moved from Nebraska to South Dakota, I was older and bolder, and ready to compete. I’d follow my brother and the other boys on my purple stingray bike, fly over jumps made out of  plywood and compete in races down the middle of the street. The front yard across the street from our house served as our football field. We’d stuff red kerchiefs into our back pockets for a game of flag football that always turned into tackle. The first time I got the wind knocked out of me, and tasted blood, grass and dirt in my mouth, Bruce helped me to my feet and brushed me off.

Like puddy in his hands, I trusted him even when he tied boxing gloves onto my skinny little hands and pointed me toward a circle made by the boys in our dusty alley.

“Just punch him in the gut,” he’d said into my ear as he gave me a little shove.

My opponent, a boy about my height, and chubby, stood with his arms dangling by his sides. My target, his belly, was covered by a tight fitting blue t-shirt. Fearful, but not about to back away, I stepped toward him. I didn’t wait for him to put up his “dukes.” I just slammed my gloved fist into his gut. He doubled over and fell to the ground. I reveled in my victory and my brother’s happiness. He won the bet and collected his quarters.

We moved again, this time to Colorado. The houses in our new neighborhood stood few and far between. No other kids to pal around with, my brother and I became our own entity. I followed him on game trails through thick woods heavy with the smell of pine, and along sandy banks of a fast flowing river. We never talked much. We’d just tromp side by side and that was enough for me.

As teenagers, and then again as young adults, our paths veered off. He went to trade school, married and became a dad. I went to college, pursued a career and met Jesus. My brother had no interest in hearing about my new faith, and instead, kept his distance, referring to me as a “Bible Thumper.”  But I took no offense because he was my brother and we had a good history.

Then his wife left him and filed for divorce. His world fell apart. He moved into an old shack in the middle of cow pasture and lived alone in his sadness until one Christmas Eve.

He told me the story later, how he’d wrestled with God and how God won. I was elated. He went off to Bible college, and became a pastor. Now he’s a “Bible Thumper” with a contagious passion, zeal and authenticity that is contagious among the people in his church community.