Why Bother to Keep Going to Work? 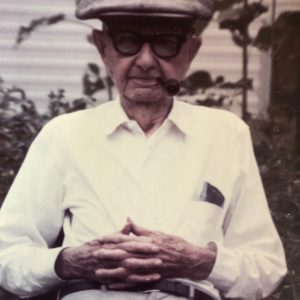 Why Bother to Keep Going to Work?

Recently, while spring cleaning my home office, I found a piece of artwork on the very bottom of the bookshelf. This picture was given to me quite a while ago and I’ve always meant to put it in a.  It is a picture of Haystack Rock, a popular spot on the Oregon Coast we often visited. It was still in its plastic wrap and in perfect condition. I chided myself. It was time to either discard the picture or to actually get it framed. I decided that since I was on spring break, I had the time to make a trip to a frame shop. I searched the internet and found that my favorite shop was still in business, and I put the picture in my pile for the next day.

My favorite framing shop is run by a white haired, affable man I will call Walter. I hadn’t seen him for several years, and when I went into his shop it looked the same and so did he, mostly. His hair was still thick, white and wavy,  his eyes still clear and brown, but he was more stooped, slower with his actions, and had a slight shuffle.

While he measured my picture, I told him how glad I was that his shop was still open. “So is my wife,” he said. His smile told me he had more to say. Then he asked, “Do you know anyone besides me who has Parkinson’s?” I admitted that I didn’t. Then, for the next thirty minutes, while he found a frame to fit my picture and wrote my service ticket, Walter told me about his life with a disease that no one quite understands, let alone himself.

“Sometimes when I feel like I’m going to faint, I have to lie down,” he said. Then he proceeded to tell the story of ordering a burger at a sandwich shop.

“I started to feel dizzy while standing in line and I knew I needed to lie down. So after I placed my order, I found a booth and stretched myself out. Nobody found it odd that a white haired old man preferred to wait for his order while reclining in a booth instead of standing in line.”

I was glad I wasn’t in a hurry because Walter had more to say.

“I am not ashamed to ask for help and I know my limits. I used to be able to hoist a fifty pound sack of chicken feed onto my shoulder and carry it out to the car. Now I just ask a clerk to do it for me.”

Since he’d mentioned his wife I asked, “So how long have you been married?”

“We’ve been married fifty years. She has arthritis, but we’ve all got some ailment we have to learn to live with. I’m going to take a physical therapy class so I can learn more about this disease and how I can keep moving in spite of it.”

Thanking him for his expertise, I left the shop marveling at Walter’s attitude to keep his shop open in spite of his disease. But going to work is no longer about making money, it is about something more important than that. It is where he goes to continue doing what he can do—cut, measure and build frames to frame pictures for those who don’t mind if it takes a little longer than usual.

Why bother to keep going to work? It is a good idea to keep doing what we can for as long as we can because we will always make at least one person happy—either our spouse who is glad we have some place to go, or the customer who is surprised that our business is still open in spite of a hardship.