Why Bother Thinking About What You Want To Be When You Grow Up? 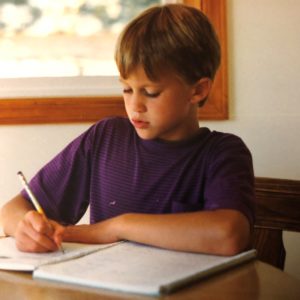 Why Bother Thinking About What You Want To Be When You Grow Up?

While growing up, I didn’t think too much about the future since I liked my present status as a kid.  But in fourth grade, I remember how our teacher asked a question that forced me to think past childhood and into adulthood.

“What do you want to be when you grow up?” She asked while standing in front of the room full of nine and ten year old’s. It was the first time I’d heard anyone ask that question and I was startled by it. Normal questions coming from adults were more straightforward and easy to answer; “How old are you?” “What grade are you in?”

But this question pushed me into a place where I did not want to go. Her query forced me to think about the fact that kidhood would not last forever. I knew in my head that adulthood loomed on my horizon, but why think about something so far off in the distance? Besides, who really knew what they wanted to be when they grew up?

A Policeman, A Fireman

Some of my classmates had obviously already given their futures some consideration. As our teacher began calling on us one at a time, boys and girls stood and announced with great conviction their intentions.

How did they know this about themselves? Where did their self-confidence come from?

My dad, a businessman of some sort, dressed in a suit and tie to go to work everyday. I’d gone to his place of employment a few times and watched him add up numbers on an adding machine in his office, scribble some things on paper and tell other people what to do. It didn’t look like much fun. Mom stayed home and did things mothers did, mostly laundry, vacuuming and dusting. That didn’t seem like fun either which is why I did not want to think ahead into a world without recess, tree climbing and overnights at grandma’s house.

I Want to be the President

Then my turn came. I stood up and with trepidation in my voice announced, “I want to be the president of the United States.” The laughter echoed off the walls deafening my ears. I’d guessed wrong. My answer was too far fetched and I wasn’t even sure why I’d said that.

Maybe I’d been thinking about President Kennedy’s assassination. The news channels had shown the same grainy black and white film clip over and over again; his head jerking back, his wife in tears, and then a new president being sworn in. I didn’t want to get shot like President Kennedy, but I wanted to be someone important enough that people would be really sad when I died.

But I couldn’t say all of that in front of my classmates, so I sat down, hot from embarrassment.

Along the way to not becoming president and yet somehow growing up, I’ve been a nurse’s aide, a home health worker, a waitress, a lift and pack operator for the forest service, a house cleaner, a teacher’s aide, a substitute teacher and a teacher. But no one ever told me that it’s not really about what you become when you grow up, it’s about realizing who you are while growing up.

Why bother thinking about what you want to be when you grow up? It is worth it to note that while we are growing, we are also becoming, hopefully someone who will be missed even by a fourth grader, when we are gone.