Why Bother Having a Best Friend? 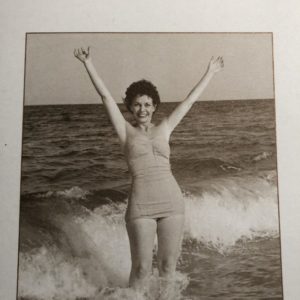 Never Settle For A Ripple When You Can Make A Wave

Why bother having a best friend?

I did not have a best friend growing up. My brother, eighteen months older than me, was the one with whom I had the most fun; rough housing in the living room, racing our bicycles, playing catch and kickball. But I didn’t count him as my best friend. He was just a brother.

The girls with whom I made friends in elementary school were buddies as long as I lived in the same town as them. But while growing up, we moved often, not staying long enough in any one place to cement any kind of lasting friendship. It got a little lonely not having my own best friend, but I got used to it.

It was not until after I was married that I claimed to have a best friend. It was one warm Sunday morning when my husband and I, new to the community, had driven to a nearby church to attend for the first time. Getting out of the car we stood in the grassy parking lot and shook hands with another couple who came over to greet us.

The man, short and stocky, introduced himself as Guy and his wife as Debbie. Her pregnant belly, out of proportion to her skinny limbs, stuck way out in front. Her hair, curly and blond was shoulder length and her eyes were clover-leaf green. She was pretty and when she said, “Hello,” her voice was soft. But it was her smile that told me the most about her and right then, I somehow knew she’d become my best friend.  And I was right.

Like all new relationships, we started out cautiously. Neither of us spilling our guts all at once, but in-between sips of coffee, bites of blueberry pie and strolls along pine scented paths. As we told each other our stories of  loss and trauma a bridge of trust grew between us.

Debbie is intuitive, but not bossy. Smart, but not haughty. We are alike, but different too. She’s always owned a little lap dog while I’ve never liked dogs. She’ll shop for bargains in second hand stores, but shopping for me is like going to the dentist; I’ll avoid it for as long as possible. We both like walking along ocean beaches, but I walk faster than she does. She bends over every few feet to inspect a snail, rock or any other treasure that catches her artistic eye.

We’ve held each other up at funerals, her sister’s and one of my baby’s. I toughed up her one and only son while she doted over the three of mine. She knows I am idealistic and naïve at times, but she does not use this information against me. I can tell her mood by the sound of her voice, if she is doing well or if her depression is weighing her down. I don’t use this information against her either.

For thirty-seven years she’s been my best friend and does not insist that I think a certain way. Rather, she knows how I think and can tell me kindly and honestly what she thinks too.

Why bother having a best friend? It is worth it to have someone know you well and still like you.