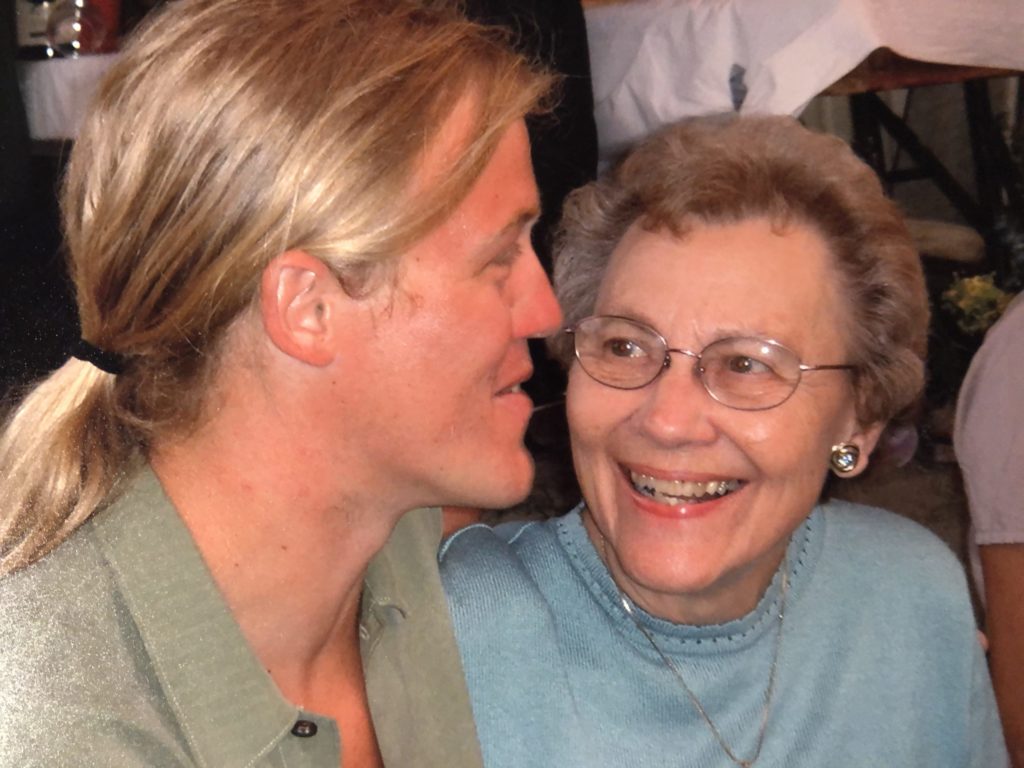 Why Bother Relating With the In-Laws?

Why Bother Relating With the In-Laws?

The first time I met Les and Berniece, my future in-laws, Luke, whom I’d eventually marry, hadn’t yet proposed to me. Like so many others of that era, the 1970s, we simply cohabitated.

We’d driven my Volkswagen bug from Idaho to Colorado, camping along the way and  bathed in a lake before arriving on their doorstep. I wanted to make the best impression possible.

Arriving in time for dinner, Luke introduced me as his girlfriend. Though it was a warm summer evening, it felt chilly around Luke’s folks. We sat down at the table laden with freshly picked garden vegetables and a tender roast. Famished, I began eating,  then noticed the silence; they prayed before meals, a habit I’d followed as a kid, but not as an adult.

Setting my fork down, I folded my hands. With bowed heads, Les began the prayer; “Thank you for this meal, and bless,” he paused, cleared his throat and asked, “What did you say your name was?”

Conversation floated around me while Luke told them of our travels. Then Berniece asked,

“So how did you and Larry meet?”

Luke had failed to tell me his real name; Larry. I’d only known him as Luke, the nickname everyone called him.

After dinner, Berniece showed me the upstairs guest room, where I put my things, while Luke carried his backpack to the basement. We didn’t bother mentioning that we slept together.

Though my relationship with the in-laws had a tense and impersonal start, a year or so later, when we announced our wedding date, they traveled to Idaho to attend our simple ceremony. They did not stay for the beer fest afterward though.

As a married couple, Luke and I  took semi-annual summer treks to Les and Berniece’s farm, now in Nebraska. Sitting around the dinner table or eating homemade ice cream on the patio, anyone of the five aunts or uncles who gathered for the occasion, our visit, reminisced of days gone by, the family history. Hearing their stories of growing up on a farm gave color and form not only to my mom-in-law, but also to her son, the man I’d married.

Then, in turn, Les and Berniece traveled every-other fall to Idaho, making certain they made it in time for the births of our sons and subsequent birthdays. Our make treks into the mountains to pick huckleberries, picnics to the beach or  hikes along a moderate trail with the grandsons, became special events with them.

When Les died, the days of traveling to Idaho for Berniece were over. Except for the one exception when she flew, for the first time in her life, to our oldest son’s wedding. Then, knowing I only wanted to celebrate and not cry during the ceremony, she sat down with me beforehand to reminisce. We had our “good cry” together.

Why bother relating with the in-laws? It’s never too late to think that it just might be worth it- for the long run.