Why Bother to Stop Worrying? 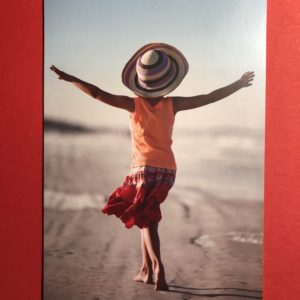 Why Bother to Stop Worrying?

I don’t remember when I first met Worry or when I made an agreement to believe it.  I imagine it arrived after my Father’s suicide. Without his authoritative presence in my life, I took on the responsibility of figuring out life for myself. It never crossed my mind that I was too young to take on such a load. Instead, I heaved the burden of finding my own as best I could, and got on with living.

The Personality of Worry

Believing it was within my power, I took the responsibility of keeping bad things from happening. Why I believed worrying could help me to keep evil at bay is beyond my understanding. But, I fretting, brooding and anticipating the worst scenario kept me hyper vigilant, on guard and on the defense. Worry changed my life, but not for the better.

First of all, Worry made me work hard. It was not a kind taskmaster. Worry was never pleased. “The job is never done,” is one of its precepts. “There is always more to do,” is another one of its laws. Worry always raises the bar, never allowing one to feel the sense of success, a job well done, or any contentment. It convinced me that I needed to consider all the “what ifs” in life.

There were no vacations with Worry, no down time to relax. If I took it easy, I might be accused of being lazy.  Worry was demanding, always wanting me to keep my ducks in a row.  Consequently, Worry wanted me to always think ahead, and never allowed me to enjoy the moment. “You don’t want to be blind sided,” It warned me. In addition to plagues with worry during the day, I also had to make room for it  in my bed at night. A good night’s rest was not an option when Worry was in charge. I’d often jolt awake, feeling an elbow in my ribs, if I slept too soundly.

Worrying had become such a habit to me that when I wasn’t anxious, I was out of sorts. It was an exhausting way to live.

I grew tired of Worry and its ways. I wanted it to leave me alone. At first, I was nice about asking it to go away, but Worry does not respond to the soft touch. So I gave up being considerate of its feelings and instead began telling it to “shut up,” even though I was taught never to use those words. I also learned to ignore it. Eventually, Worry got the message and comes around much less often.

Why bother to stop worrying? Worry is worth letting go of to make room for the incredible possibilities in any given day, that are unknown to us.