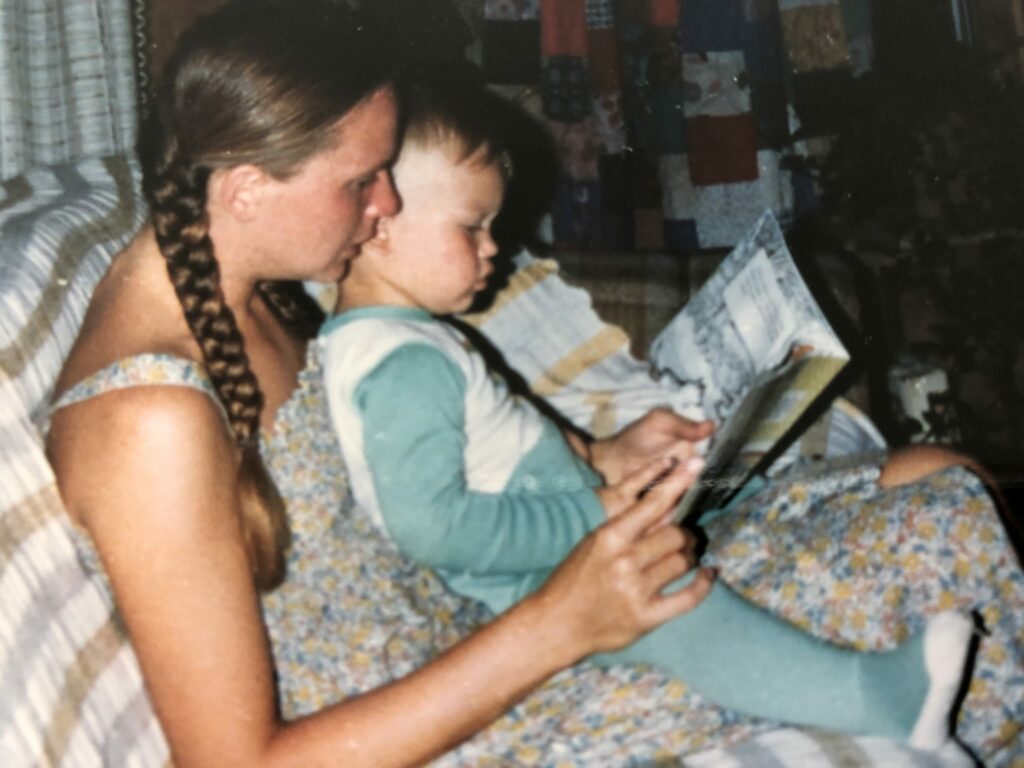 Why Bother to Pass Along Your Passion for Reading? 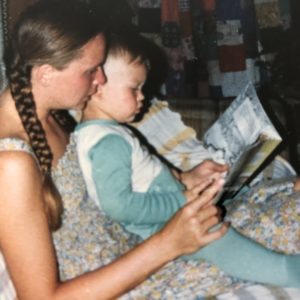 Why Bother to Pass Along Your Passion for Reading?

Discussing the topic of reading with my oldest brother he said, “I don’t remember learning to read, I just remember always reading.”

Once Upon A Time

I, on the other hand, do remember learning to read. It all started with my dad. He’d lie on the white shag rug in the bedroom I shared with my three older sisters, open a large, hard bound red book full of fairy tales with simple illustrations and begin reading. Little Red Riding Hood, as well as the wolf in The Three Little Pigs became real and scary characters to my young mind. But, scooting in closer to my dad always gave me the courage to listen to him read those fairy tales.

Later, when I was old enough to go to school, the pictures of brown haired Dick, and blond haired Jane and their dog Spot drew me into a world much like my own.  It wasn’t hard for me to imagine them as real children, laughing and playing, just like me. Then I learned how the pictures on the pages matched the words that told the story of their adventures. Eventually, I relied less on the pictures more on the words. Eventually, I left Dick and Jane far behind and began hanging out in public libraries finding new friends like Hemingway and Steinbeck.

I think one of the most important gifts I gave my sons was passing on my passion for reading. It began much like how my dad started with me. Cuddle time on the couch after baths when they smelled like Dial soap and before they fell asleep in their beds. It was my favorite time of the day and theirs as well. I held their undivided attention while at the same time, opened up a whole new imaginary world.

First there was Frog and Toad and their adventures and misadventures. Then Frances the badger in Bedtime for Frances followed by more realistic characters like Billy and Blaze. When they began reading for themselves, my favorite part of the day was the stillness before bedtime as they read themselves to sleep.

Now, with every September I get a new batch of students with whom I get to share my zeal for reading.  Every day, I take the time to read aloud to them, some of my favorite books.

I introduce them to the memoir Ugly, a story about a boy whose mother wanted to leave him at the hospital after his birth because of his deformed face. The main character, Robert, shows his grit for survival while telling his story with much humor.

I teach my students about bravery, friendship and WWII while reading to them Number the Stars and about endurance and loyalty in Where Red Fern Grows. Though many will tell me, “I’ve seen the movie,” I tell them, “The book is always better than the movie!”

My dad wetted my appetite for reading long ago when he read those scary fairy tales aloud to me. Then Fun With Dick and Jane opened up my ability to learn how to read for myself. After that, a strong affection for books took hold inside of me and grew. Later that zeal seeped its way into my sons. Now, I get to pass along this excitement for books to groups of children who walk into my classroom every September.

Why bother passing along your passion for reading? It is worth it because you never know how far, how long or how many will be affected by your zeal, even if it did begin with a fairy tale.