Why Bother To Notice Envy? 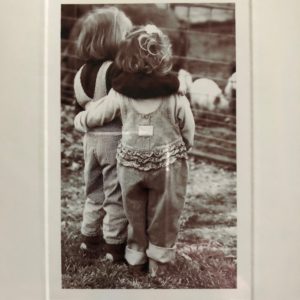 Why Bother To Notice Envy?

A few days ago, I read an email that stated the news of an acquaintance’s retirement. She’d launched a website that quickly became lucrative enough for her to step away from her day job. Reading this announcement, I thought I felt a tinge of jealousy. But after spending a little time in contemplation, I discovered what I was really feeling; envy.

The Difference Between Jealousy and Envy

Jealousy and envy are both emotions, but aroused from different circumstances. Jealousy is the feeling I used to get when my husband’s attention was consumed with watching a sporting event instead of interacting with me. This jealousy of mine went too far one day, and in a fit of rage, I removed the television from our house and stored it in a friend’s garage. I’d felt threatened. I thought that my husband regarded talented athletes more than me. Thankfully, for my husband and for me, I’ve grown past that particular insecurity. I know he loves me more than anybody else, including professional athletes.

On the other hand, St. Thomas Aquinas once says this about envy, “Charity rejoices in our neighbor’s good, while envy grieves.” To put it another way, we see what someone else has achieved, and we desire that achievement for ourselves. Envy does not take joy in the success of another. It actually wishes for ill will, failure or that the success is a fluke.

Why is it that some achievements in some people trigger envy in me, while other achievements do not? For instance, while skiing this winter with friends who fare far better at the sport than me, I felt no envy. Instead, I admired them and asked them to show and tell me how I could improve my techniques. They were more than happy to have me follow them down the slopes and learn from them how to be a better skier.  But the news of this particular person’s good fortune triggered envy because I strive to succeed with something she’s already succeeded with.  I too want to gain a large audience with my blogging.

Though her goal became a reality sooner than mine, does not mean I’m a failure. It just means I need to remain diligent with my goal. And here’s the good news; I don’t have to feel threatened by someone else’s success. Their achievement can inspire me to keep striving toward my own success.

Why bother to notice envy? Detecting envious feelings is the first step to squelching any destructive actions that might follow on its heals. When we notice envy, it could become the trigger to rejoice in another’s good. Then, perhaps another will rejoice in our good when success comes our way.