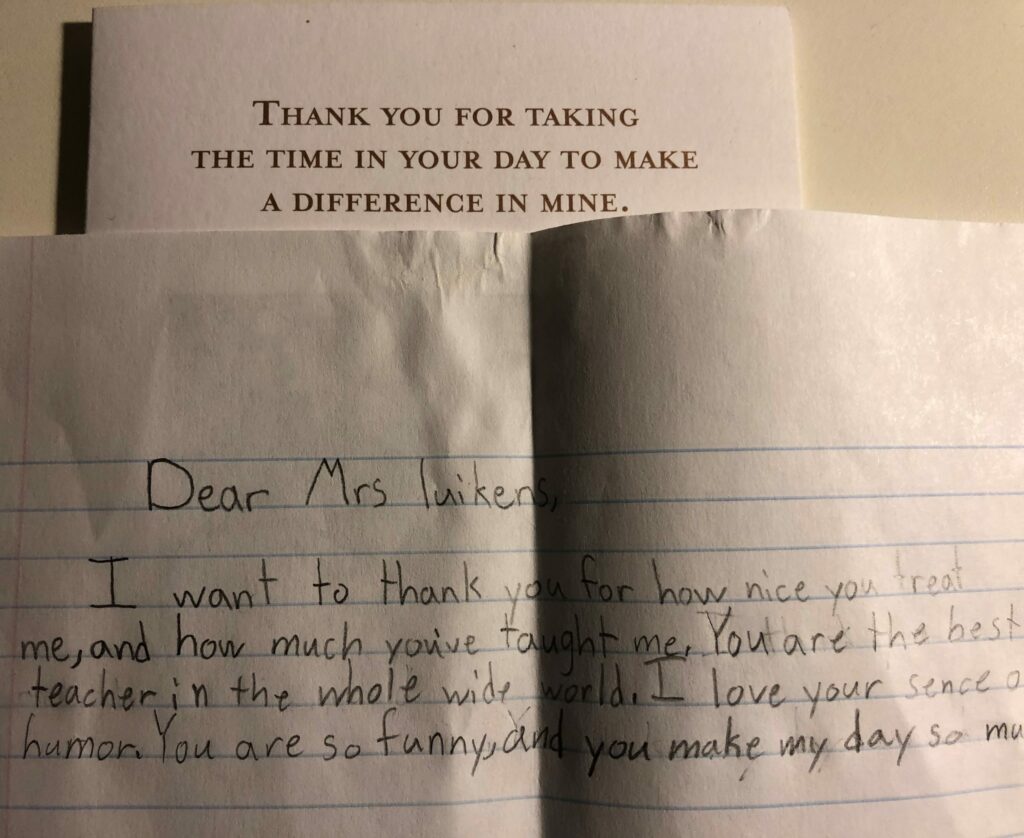 Why Bother To Be Thankful?

Why Bother To Be Thankful?

As a public school teacher, I teach more than reading, writing, and arithmetic. I also instruct my students in social graces; no shoving in line, and don’t chew with your mouth open, along with emotional awareness; be kind to each other, and respect one another. Recently, our topic of discussion has been thankfulness.

“What do you think of when I say thankful,” I asked my group of fourth graders during our few minutes of group meeting.

“I think of Thanksgiving,” one student said, “Because the word ‘thank’ is in both words.”

He was right, but I wanted to extend their thinking of thankfulness beyond the holiday we celebrate once a year.

“ I listed some synonyms for thankful,” remarked someone else. “Grateful, gratitude and happy.”

“Because when you are thankful, you are happy.”

“Nice connection. Now I’m wondering; Do you think people have the choice to be grateful or not?” I wanted to stretch their thinking a little bit with this question.

“I don’t think so because my parents gave my two little brothers each a Nerf gun and my one brother was not happy that his was smaller than my other brother’s, so my parents took the Nerf gun away from him and told him they were going to take it back to the store since he wasn’t very thankful for it.”

“So what do you think your parents are trying to teach your brothers?” I asked, surprised by her observation.

“To be thankful and if they aren’t then they get their gift taken away.”

“Do you all know who Eeyore is?” I continue.

“He’s that donkey in the story of Christopher Robin,” more than one student says.

“I want you to listen to Eeyore for a moment, and then I want you to think of some advice you would give him.” The sound of Eeyore’s sad, slow and melancholy voice fills the airspace in the room. Then a dozen hands shoot up as soon as Eeyore’s voice finishes.

“Chin up Eeyore. You don’t have it as bad you think,” shouts out one student.

“You need to be thankful, Eeyore, for what you have,” says another.

“You have a whole bunch of friends, and a roof over your head Eeyore, so why aren’t you thankful?” says a third student.

My allotted time for this discussion is running out, but it is hard to quit. My students love to share their opinions, ideas and knowledge, so I decide to ask another question. “Why do you think it is important to be thankful?”

“People will want to be around you,” responds a student.

“You will feel better,” says another.

I squeak in two final questions, “Who is someone you know who is grateful and how do you know they are grateful?”

“We know you are thankful to be our teacher, Mrs. Luikens because we know you like us,” says one of my brightest students.

“You smile and laugh with us,” says another.