Why Bother to Allow Some Idioms to Die? 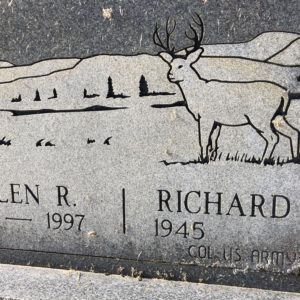 Why Bother To Allow Some Idioms to Die?

Idioms are expressions that have a meaning different from the literal pattern of the language. These figures of speech are peculiar to a particular people, country, class or community. For instance, the Germans add a little color to the equivalent of our idiom, “The early bird catches the worm,” by saying, “The morning hour has gold in its mouth.”

Some idioms have been around for a very long time. For instance, “A penny for your thought,” is quite an ancient saying dating back to around the 1500s.

It holds a special meaning for me. My grandmother often used this figure of speech as an invitation, encouraging me, the shy child, to share my thoughts with her.

Other idioms, in my opinion, have outlived their shelf life, and should be allowed to die a natural death.

Two idioms that give me the same feeling as someone scraping their fingernails down a chalkboard are; “It is what it is” and “It takes a village to raise a child.” Ugh!

First of all, “It is what it is.” Its origin was taken from an article that described the harsh reality of frontier life on the Nebraska prairie. Back in the 1800s, frontiersmen and women had backbone, grit, determination and perseverance. They did not give up, shrug their shoulders, give in or turn around and walk away from the challenges they faced. No. They toiled, labored and endured the harsh winds, the deep snow, the droughts as well as the floods. They carved out their lives and made their living regardless of the hostilities they encountered in nature.

Today though, these words are used in politics, sports, business, the military and psychology as a verbal shrug. It speaks of loss and our inability to change anything about that loss. Talk about a fatalistic point of view by a whole bunch of educated, yet feeble people. It would be better for all if this little ditty died since it only points out a person’s weakness.

Secondly, “It takes a village to raise a child.” These words are quoted all too often and again, in my opinion, should be allowed to die. This particular phrase came from an African proverb and was used in the context of an African village. It does not hold its true meaning here in America.

African villages were made up of family members. A village had history, roots, stability and a respected leader. Children learned from their ancestors who taught them how life should look in their village. Relatives showed children how to maintain not only a stable and sustainable way of life, but the legends and stories that made their way of life possible.

Not so true in America today. What it takes to raise a child this day in age is similar to what it took Nebraska’s frontiers men and women to carve out a way of life amid the harsh reality of the prairie;  grit, determination, perseverance, selflessness and commitment. Those ingredients come from people with a backbone and values they’d willingly die for.

Why bother to allow some idioms to die? Some phrases are just not worth repeating since they point to what seems to be our weak kneed, mamby pamby way of shirking our responsibilities. But, that’s just my opinion.