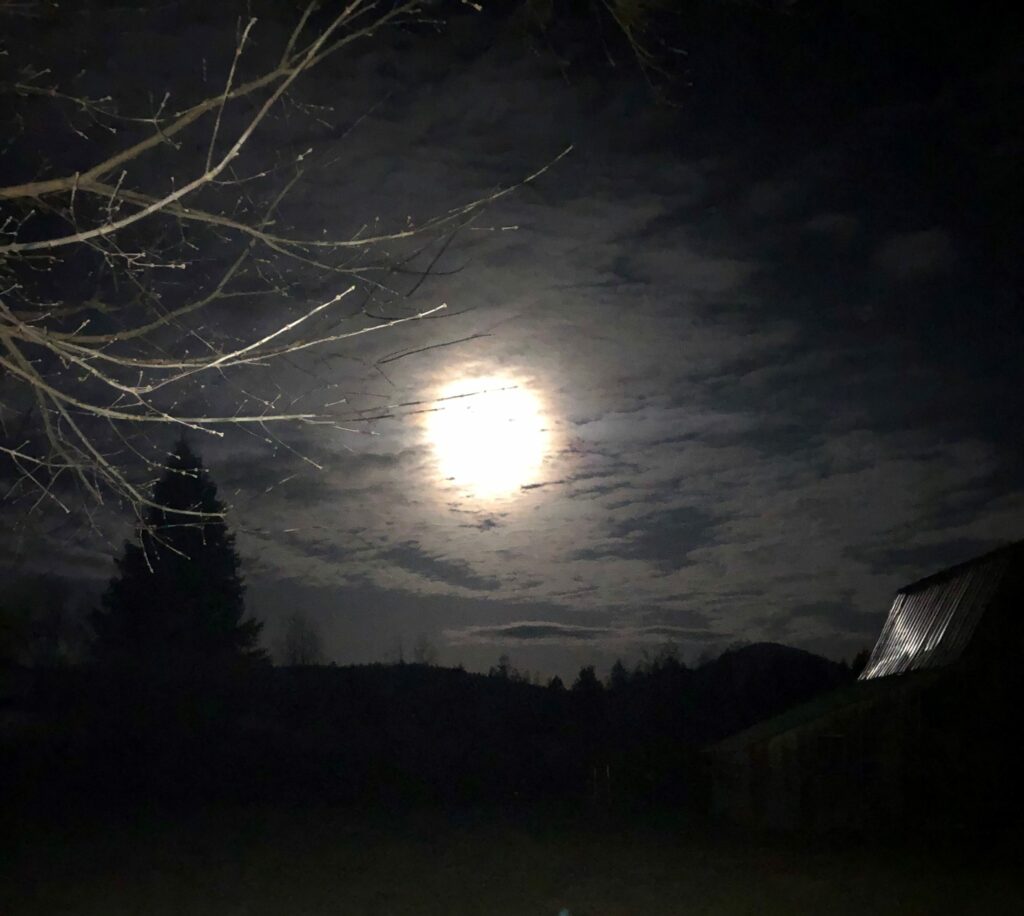 Why Bother To Admire The Beauty of a Full Moon? 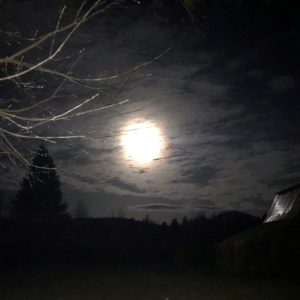 Why Bother Admiring the Beauty of a Full Moon?

I take the beauty of a full moon for granted. It’s regular and reliable and occurs at least once a month, sometimes twice in the same month. Its showy loveliness is bright and lights up an otherwise dark night.

The moon is the lesser light of the two lights in our sky, the sun being the greater one. But although lesser in generating heat and light, the moon has its own power and pull. Though the moon itself is uninhabitable, without it, our planet would not be livable.  The moon steadies Earth’s wobble on its axis and that stability creates a climate that is conducive to life. The moon also has its own gravity force and though 240,000 miles away from the earth, its unseen power pulls the ocean toward itself resulting in high tides. A scientific phenomenon I’ll never comprehend.

As a kid, I was told two myths about the moon; there was a man in the moon and that it was made of cheese. Then when I saw the televised event of Neil Armstrong actually stepping foot on the moon and hearing him say, “That’s one small step for man, one giant leap for mankind,” those childhood tales floated away.

Though there isn’t any scientific evidence to prove moon cycles affect human behavior, I am convinced it does. The light from a full moon seems to pull people awake from their sleep and pulses more energy into them during the day. I know I am not the only teacher who feels the extra energy in my students when the moon is full. The light from a full moon also seems to change the behaviors of some animals. Though I live in town, it is only on full moon nights that I hear the hunting cries of coyotes in the hills around me.

Tonight, the full moon will rise in the east above the hills and when I awake before dawn tomorrow, I will watch it set in the west. The light from this full moon will pull me awake from my sleep tonight and then pulse me full of energy tomorrow. But no matter what you believe to be true about a full moon, hopefully you will admire its beauty.

Why bother admiring the beauty of the full moon? It is worth it to look up and notice the natural orb of this white light shining in the night and remember that although it serves its utilitarian purposes, and may change your behavior, it is okay to admire it simply because of its big and bright beauty. Its loveliness is not something to ignore.