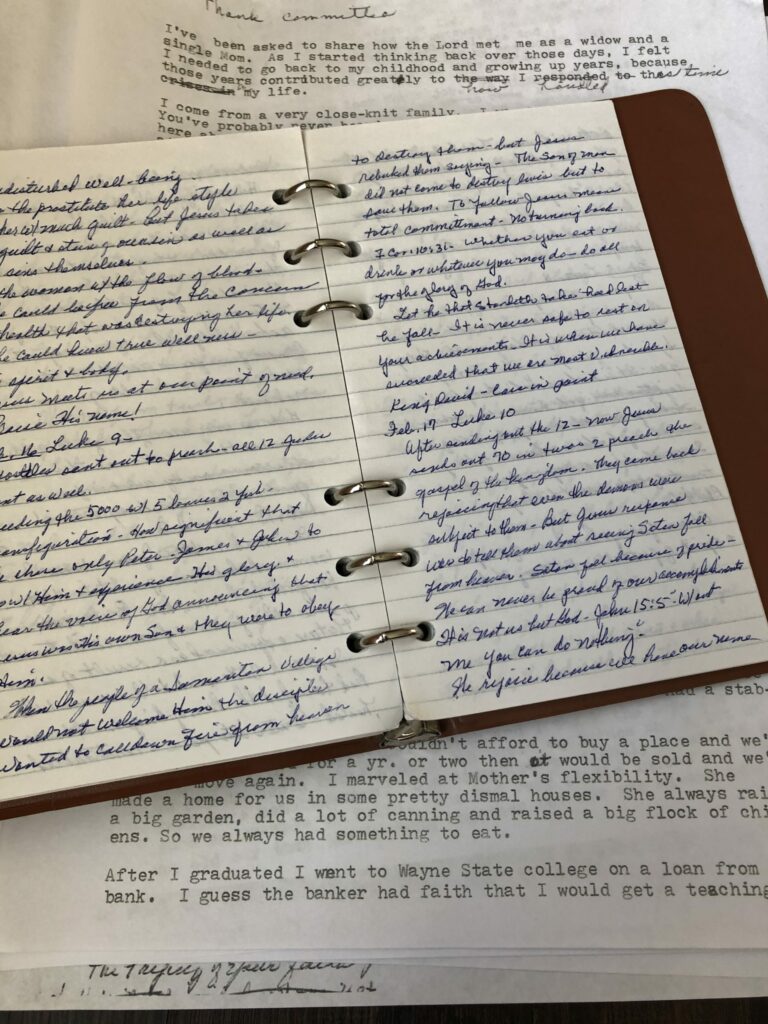 Why Bother Thinking About Your Own Demise? 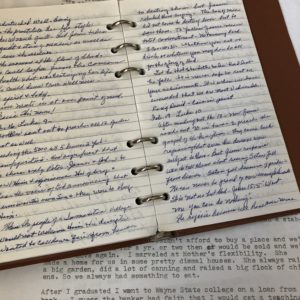 Why Bother Thinking About Your Own Demise?

My husband made it back safe and sound from his mother’s memorial and from the land of Nebraska where he originated from. With the unpredictability of winter weather, he left on a sunny Monday morning and drove thirteen hours, non-stop, to get home before the next storm. His plan worked and he arrived before the heavens opened up and let down its next heap of snow and ice.

Getting home at such a late hour, he went straight to bed. But the next day, when I came home from work, I found him standing in the kitchen looking at the three boxes he’d unloaded from his truck. They were filled with items from his mother’s life.

Getting Back Everything We’d Ever Sent Plus A Little More

Berniece’s belongings had been whittled down over the years as she’d moved from her home into assisted living. These boxes of odds and ends represented the very last of her ninety-three years. I stood beside my husband as he signed. “The most laborious part of her death is getting back everything we’ve ever sent her.” He was right. One of the boxes was filled with the family photographs we’d sent to her over the years, along with letters and crayon drawings from her grandson. She’d saved everything we’d sent and now it was right back in our laps.

“I guess we can pass these things along to our sons,” I said with a smile.

I rolled up my sleeves and made a pile for each one of our sons of their preschool crayon drawings, thank you notes written during their elementary school days and their high school graduations pictures.

In the next box, we uncovered a quilt. “A quilt? Who knew she quilted?” I asked my husband. As if I needed evidence, he showed me a picture of his mother tying the quilt.

Inside the third box, my husband pulled out some old books, two journals and some typed written pages. I opened one of the journals attempting to read the tight and tiny cursive from my mother-in-law’s pen, but it was not easy. Instead I chose the four pages of personal history she’d typed up at some point in her life and began reading it.

“Did you know that your mom had worked as a dental hygienist?” I asked my husband looking up from the pages.

“Did you know that the day your dad died, he had made plans to go home for lunch and then cancelled them?”

“Who knew?” my husband asked again.

In those few typed pages I read how she’d taught school at the age of 16, and later, when she realized she didn’t want to teach, she trained as a dental assistant. Then she fell in love, married and had three sons. Her husband, a truck driver, was on the road more than at home and at times she felt like a failure as a parent and overwhelmed with responsibilities. Like me, she had been a normal, ordinary woman, and yet even her son did not know some of these details of her life.

We’d sorted out her last items, piling up the letters, crayon drawings and pictures for our sons to go through later and putting the quilt over the bed in the guest room. I set the journals and typed pages of her family history on the shelf that holds my journals.

I sighed looking at my stacks of journals. Unless I burn them, someday my sons and their wives will read them. I imagine their conversations, “Did you know that your mom…?” “Who knew?” “She was more like us than I thought.”

Why bother thinking about your own demise and what is discovered when someone else uncovers the things you’ve left behind? It might be worth it to imagine them saying, “Who knew? They were so much like us.”