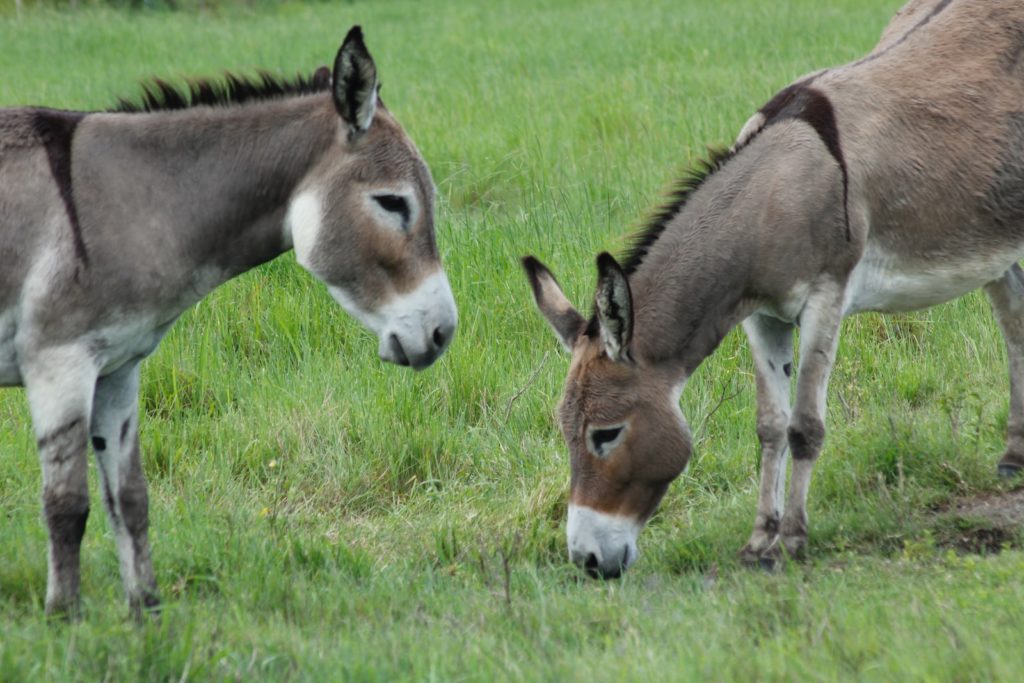 Why Bother Remembering the Donkey?

My yoga community is rather small and close knit. We often chat before and after class, sharing tidbits about our lives such as work, travels and family. Recently, one of the class members shared that he’d lost his last donkey. For thirty years or more, he’d raised four donkeys and they’d all lived long and happy lives.  His last one died just a few months ago and he lamented that this would be his first Christmas in several years that he would be without his beloved animals.

I asked him if it were true that all donkeys have the mark of a cross on their backs. He assured me that they do. Then he proceeded to tell this story.

“You know,” he began, “Joseph and Mary had to travel from Nazareth to Bethlehem in order to register for what could be compared with our modern day census. Mary, rode on a donkey because that was the common mode of transportation among the lower class. By the time they set out on their travels, she was already very pregnant with the Christ child. So, it was while they were in Bethlehem that she gave birth. Later, the family traveled once again by way of a donkey, this time to Egypt. Joseph had been warned in a dream to escape from Heroed, who wanted to kill the baby. Finally, when Jesus had grown into a man, he rode on the back of a donkey, this time into Jerusalem. Along the way, people hailed him as King. So, because the donkey bore on its back, the mother of Jesus and Jesus himself, the donkey was left with the mark of the cross on its back.”

When he’d finished telling the story, the yoga class was silent. Perhaps, others like me, were pondering the beauty of what our classmates had just told us.

Why bother remembering the donkey? The donkey is worth remembering because it bears on its back, the mark of my Savior.