Why Bother Noticing the Pain? 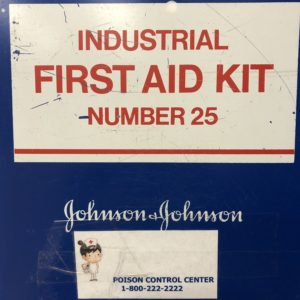 Why Bother Noticing the Pain?

The other evening, we had company around our dinner table, John, a friend of one of our sons.  He’s recently relocated back to town and is all grown up, even balding a little. He’s been in various trades, including carpentry. The conversation naturally gravitated toward stories of on-the-job injuries between my husband and our guest. They’ve both suffered physical trauma from skill saws, nail guns and falling off ladders and roofs. They discussed their wounds, even displaying their scars. John said his tolerance for pain is extremely low, while my husband remarked about one of his crew members who has an extremely high tolerance for pain.

That conversation around the dinner table, prompted me to think about our emotional wounds that we incur at various times in our lives. Is it better to endure them, ignore them and get on with life or admit them, examine them and address them? Even though I cannot pull up a pant leg, point out an old scar and retell how I survived my father’s suicide, my life was affected by that injury. His suicide left its mark, but in deeper places than what can be seen.

Instead of a scare, out of my wound came various destructive behaviors, the worst one being anger. As a teenager, the first time I felt the hot bubbling sensation deep in my gut, I had no way of knowing what it was. I could not articulate my indignation because I had no previous experience with such rage. Also, I did not have the vocabulary to articulate it nor was anyone willing to draw it out of me and help me investigate it.

From my rage, other behaviors sprouted; self-defense, large doses of self-criticism, and overreacting to changes I had no control over. I hate to even admit to having had such behaviors, yet my life was riddled with the effects of an invisible wound that needed my attention.

Unlike the scenarios between my husband and John, I did not go to the emergency room at the local hospital to receive any medical attention for my injury. Neither stitches, surgery nor any amount of bandaging would not have helped my wound to heal. Instead, healing occurred in other ways: practicing contemplative prayer, discarding the lies and applying the truth to name just a few. But, without becoming emotionally attentive, I never would have found emotional healing.

Why bother noticing the pain. The reason we feel pain is so that we can attend to it, not ignore it.