Why Bother Enjoying a Grand Role? 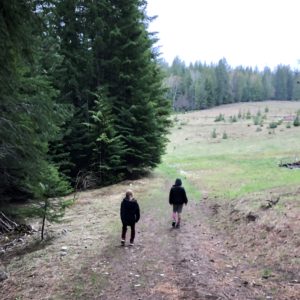 Why Bother Enjoying a Grand Role?

I became a mother-in-law for the first time in July of 2007. When our oldest son called to tell us that he’d proposed to his girlfriend, Meagan, I was elated and frightened at the same time. I was glad he’d made the choice to marry Meagan, but becoming a mother-in-law scared me. Having never been one, I wasn’t sure what would be expected from me.

I remembered my own mother’s role as a mom-in-law and had, at times, felt pity for my two sister-in-laws. Clearly, I did not want to follow my mother’s model of a mother-in-law.

I also remember searching on the internet to learn something about the protocol of the groom’s mother during the wedding. “Sit down, shut up and wear beige,” the article stated. I knew I didn’t want to do that either. So, I decided I’d just have to be me. So far, for the last fourteen years, that has worked out as a fine arrangement between my daughter-in-law and me.

Then in 2010, I became a grandma for the first time. When I held our grandson in my arms a few hours after his birth, it was almost as magical as when I’d held his dad, our first born, in my arms twenty-seven years earlier. But like becoming a mother-in-law for the first time, I felt a little uncertain about my role as grandma. This time though, I did not search the internet for any protocols for first time grandmothers. Instead, memories of my favorite grandma played out in my mind. I remembered her easy going temperament, her habit of bending down to listen to me, and her laughter. She didn’t have to be anyone different from who she already was for me to like her and I hoped it would be the same for my grandson and me.

Then, just before our grandson turned three, he became a big brother and I became grandma again, this time to a baby girl. Having never raised a daughter, I wondered about how this little granddaughter and I would get along. So far, she likes me just fine.

I like spending time with my grand-kids, so whenever my son and his wife plan a weekend away I always ask, “Need a place for the kids to stay?”

My grand-kids have grown into wonderful little people with good manners. They both have a good sense of humor and sharp wits. They like teaching me their latest card games, taking hikes, and playing charades. It is easy for me to laugh at their jokes, listen to what they have planned for the future, and set aside any time consuming chores in order to spend unhurried time with them.

I am grateful I learned how to be a mother-in-law. That paved the way for my grand role as a grandmother.

Why bother enjoying a grand role? Grandmothers have a unique opportunity. We get to laugh, listen, play, learn from and even influence the next generation. And stay friends in the process.